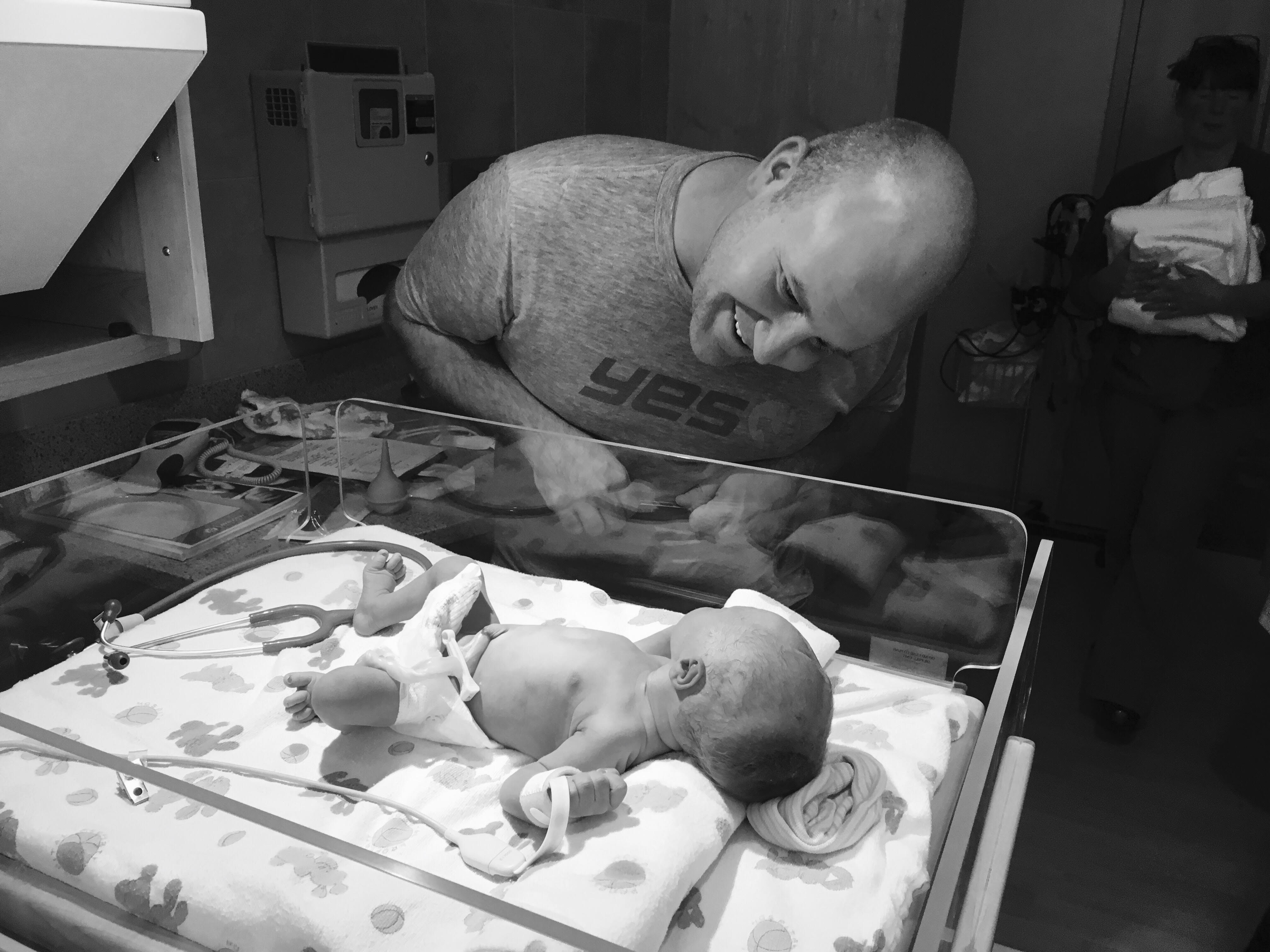 “No, it’s never too late to get an epidural.” No greater lie has ever been spoken.

On September 9th I checked my blood pressure at home as I often did. I had been suffering from a headache that week, which was abnormal for me during pregnancy (even with high blood pressure). It was 153/113. We threw the hospital bags in the car “just in case” and drove to Rice Lake where we were late to our one and only birth class.

We were the only ones expecting a baby in September. So while everyone else had weeks, sometimes months, to unsee footage of real deliveries I had mere hours. I just didn’t know it yet. We toured the Labor and Delivery wing and were shown one of the delivery rooms. I thought “some poor schmuck is going to have her baby here today.” That schmuck was me, friends. After class, we explained my symptoms and blood pressure to the class instructor and charge nurse. One thing led to another and before I knew it they were checking me in to induce labor.

I called my parents and I think my mom had the car packed before I even got off the phone. Patrick and I settled in for the night. I unpacked my hospital bag and realized I had the most random things packed – like dresses and shorts. No sweatshirts or comfy clothes and hardly any toiletries. People, I might as well have packed a string bikini.

The next morning I was at a six when they asked if I wanted my epidural before or after they broke my water. If you get nothing else from this – hear me when I say take the dang epidural. For the love of all things, do not under any circumstances let them get near you with that crochet hook before you get your drugs (unless you’re brave enough to go natural – in that case, God bless you). I was naive and told them it didn’t matter. It matters, friends. It matters. I went to a nine within the hour.

Shortly after this, my parents arrived and we welcomed them with open arms. Correction: Patrick welcomed them. I was waddling around the room doing all the cliche breathing exercises and squatting like my life depended on it. That’s when my dad pulled out his computer, excitedly stating that Emily was preaching and he wanted to see how it was going. I yelled. I screamed. I kicked them out of the room. As if I want to sit and watch a church service while a bowling ball is making its way through my insides. No offense, Emily. Truly. But I think you understand.

I was pretty focused on getting my epidural so during that hour I begged for the anesthesiologist. I’m not trying to be a hero. In the meantime, they offered me something via IV. Whatever it was made me feel about ten margaritas deep, as promised. When the anesthesiologist finally arrived she apologized for her delay, explained where she was, and proceeded to tell me that I was doing just fine without an epidural. When I insisted, she apologized again and explained it was too late to receive one. Come again? It’s what now?

We compromised on an intrathecal, which might as well have been an allergy shot.

I believe I pushed for less than an hour when my doctor offered a vacuum. I refused. A minute later she strongly suggested it and I caved. Patrick watched the whole thing and he’s still alive to talk about it. As soon as I delivered our son, they laid him on my chest like normal. I put my hands on his back and couldn’t believe he was here. They quickly rubbed his back with a towel. And a second later they ripped him off of me, cut the cord, and took him across the room to the table.

“Well that was shorter than I thought it would be,” I thought. It took me several seconds to realize something was wrong.

“He’s having trouble breathing,” the doctor said. He actually wasn’t breathing at all.

“Marnie, get in here!” our nurse shouted to another staff member outside as she started a CPAP.

In less than a minute, our room was filled with ER doctors and nurses.  I specifically remember them looking down at my still baby boy and looking back at me. They did this several times, enough for me to think we had lost him and they were deciding how to tell me. I remember seeing our now pediatrician standing over our boy shortly there after taking his vitals. He was visiting a patient nearby and stepped in to help.

The only thing I knew to do was ask Patrick to pray. And he did. Loudly. So loud I thought the doctors would shoosh him because they couldn’t hear each other. In my drowsy, weakened state, I remember hearing Patrick pray that God would make Himself known in that delivery room and asked that he would save our little boy.

A few moments passed before my doctor reappeared in front of me. “He’s breathing again,” she said.

I finally heard him whimper from across the room, and Patrick and I wept with relief.

What I didn’t think about in those quick minutes were my poor parents who had seen the ER team pass them after hearing “Code Blue” over the speakers and knew we were the only patients in the maternity wing. They immediately texted their small group at church and asked for prayer, relaying the limited information they knew for sure – that something was very wrong. They (along with two friends, who naturally camped out in the waiting room) would wait 45 long minutes to hear from Patrick that we were both okay.

It didn’t take me long to see all the ways that God provided for us in that whirlwind of a weekend. Had I not had high blood pressure and needed to be induced, my parents would surely not have made it for their grandson’s birth because they wouldn’t have known when to come. The doctor told me that I sped through the greater part of labor so I should prepare myself for the next one (next one? She done lost her mind). Had I gone into labor naturally, our son might have come too quickly to get to the hospital. And as we now know, we needed all the medical help we could get to bring him into this world safely. I truly believe that God orchestrated the details in that weekend, even the ones we all saw as obstacles.  I believe He is the reason our five pound fifteen ounce baby started breathing on his own again. I’m grateful for the doctors, nursing staff, and the speedy emergency team from the other end of the hospital. When I see him, I still thank our pediatrician who stepped in at the right moment. But I praise my God for his divine intervention, for breathing life into our son. I cannot wait to see what the future holds for our spirited, snuggly, fighter of a baby boy, Maddox (Mad-dix) Ryne (Rine) Cooper. 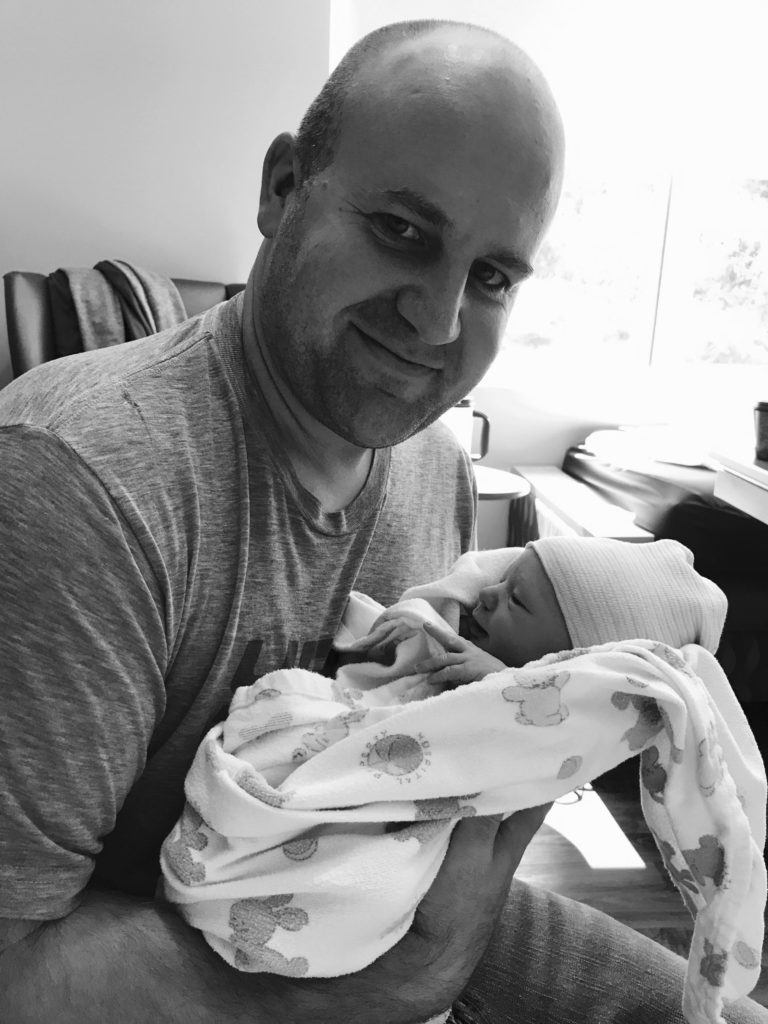 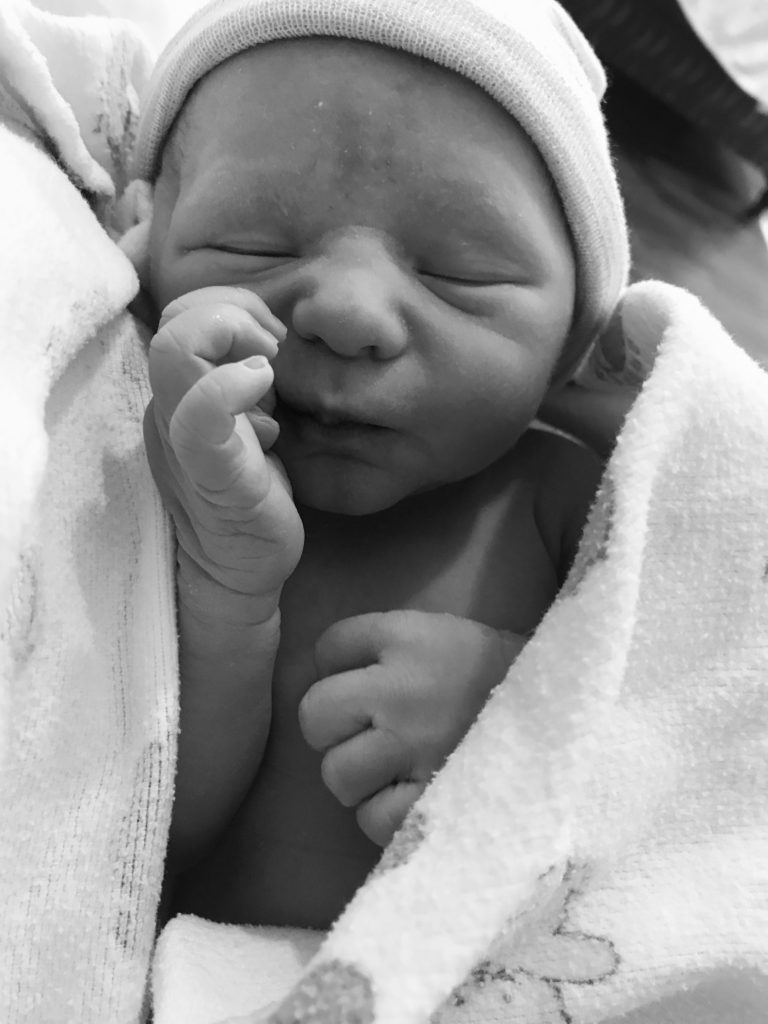 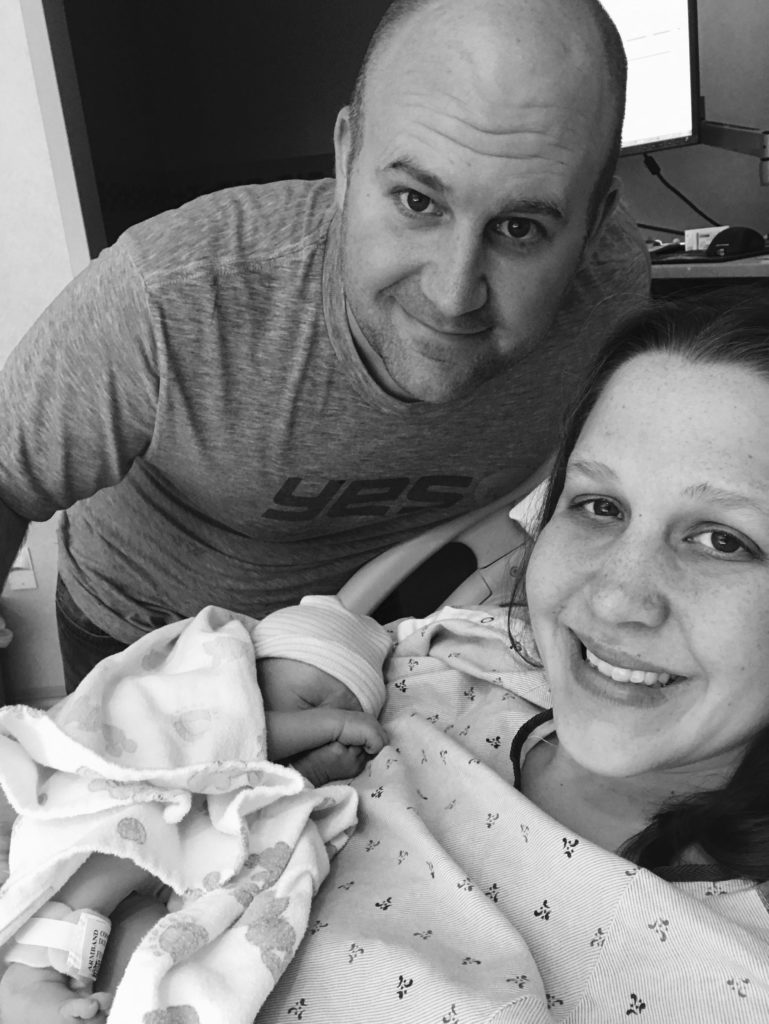 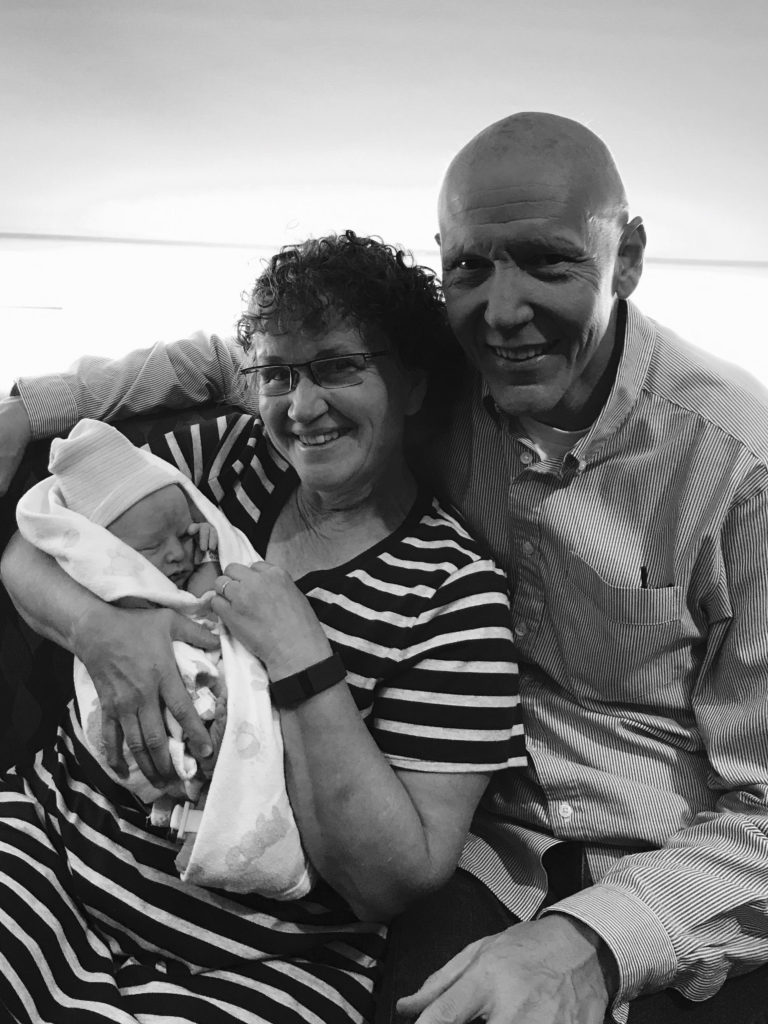 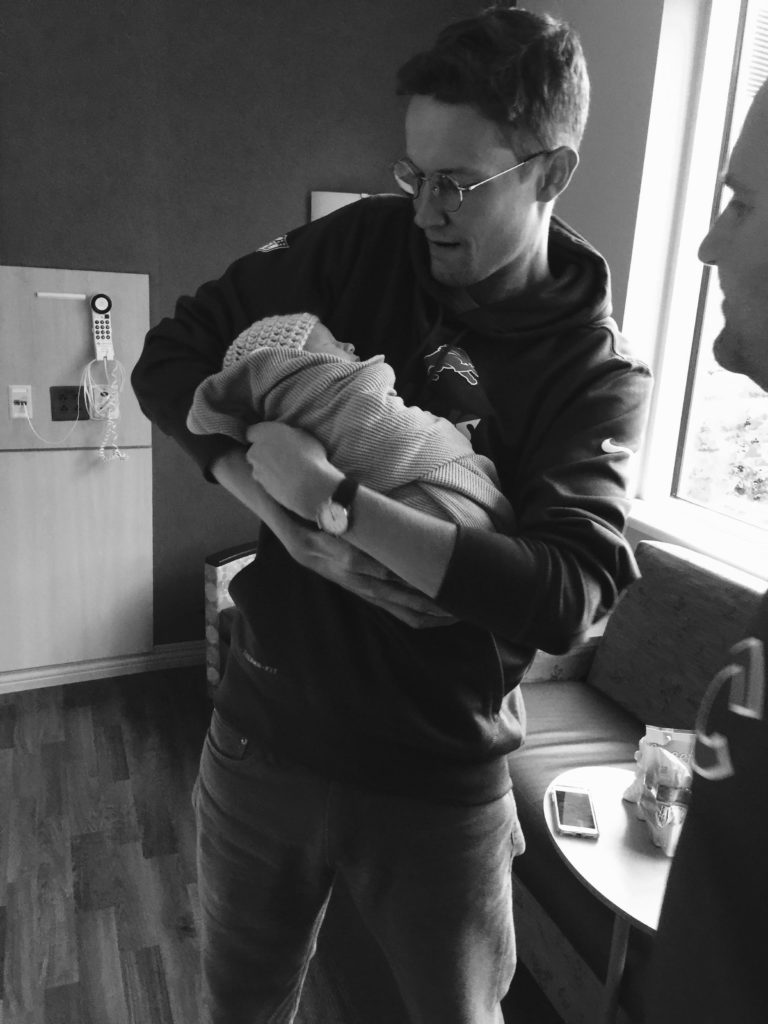 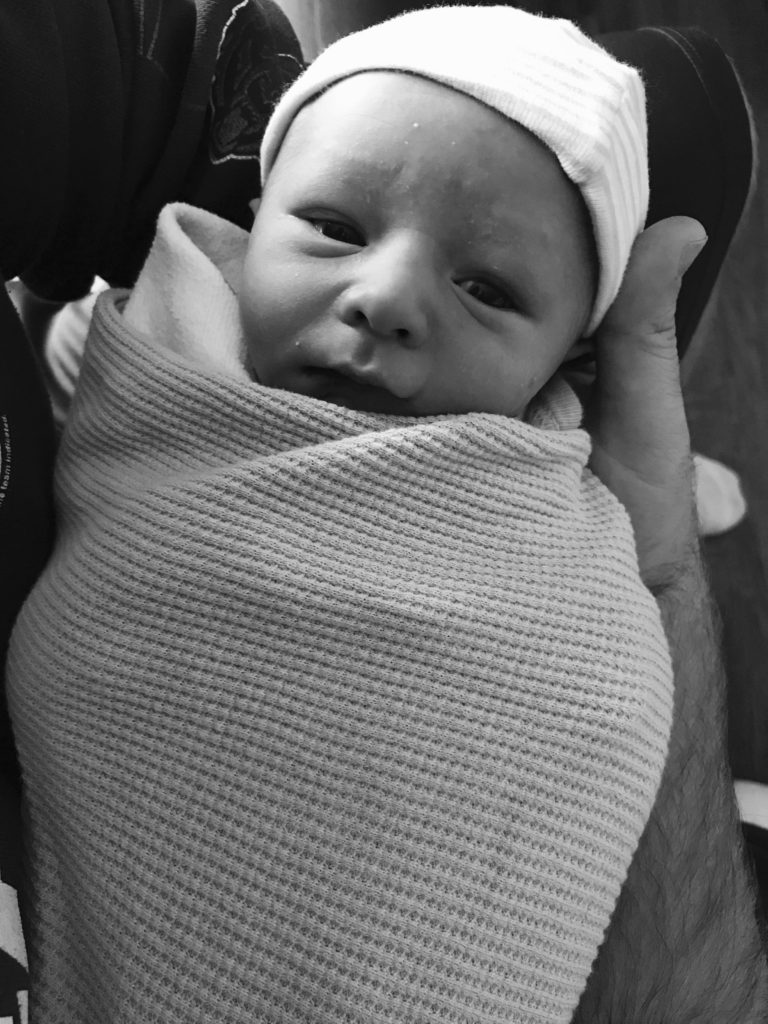 As always, my dad says it better: 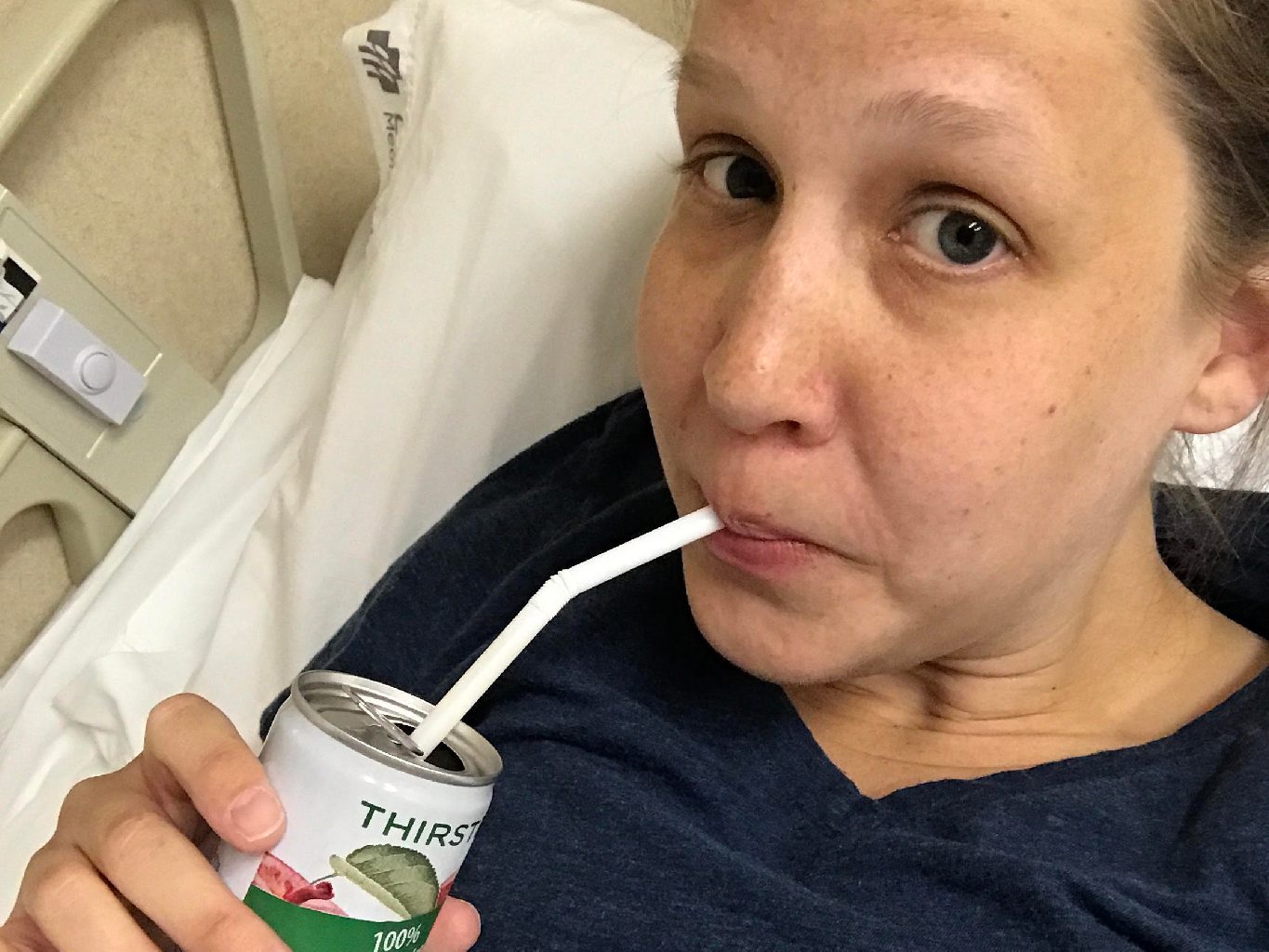